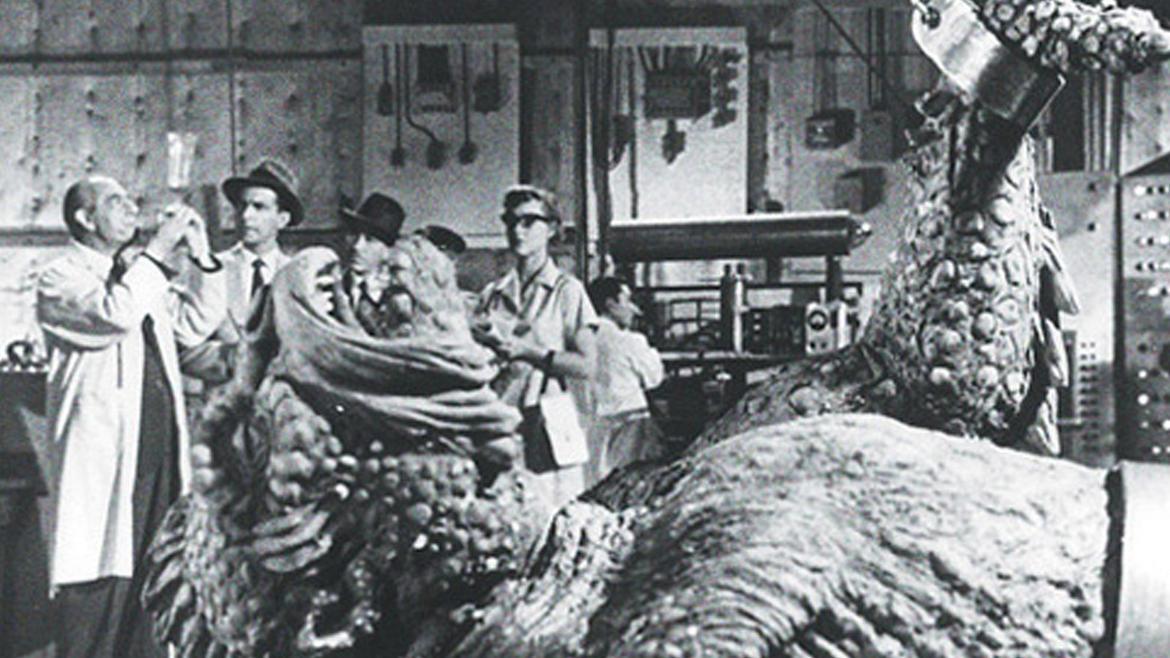 About 20 Million Miles To Earth

On its way home from Venus, a U.S. Army rocket ship crashes into the sea of Sicily leaving Colonel Calder (William Hopper) the sole survivor...or so it seems. A sealed container is also recovered from the wreck and, when a zoologist (Frank Puglia) and his granddaughter (Joan Taylor) open it, the gelatinous mass inside escapes. Special effects by Ray Harryhausen.